This 12 Days Polar Circle Cruise travels from Ushuaia to the Shetland Islands and then far south down the Antarctic Peninsula to Detaille Island, crossing the Polar Circle. This border, located at Latitude 66° 33′ South, marks the Antarctic Territory. Sea mammals such as killer whales, humpback whales, minke whales, leopard and crabeater seals are frequently seen during Antarctic Circle voyages.

The Antarctic Circle experiences a period of 24 hours of continuous daylight at least once in the year. The reason for this phenomenon is that the axis of the earth is tilted by 23.5 degrees. South of the Polar Circle, at Detaille Island in Crystal Sound, is the farthest south that this excursion will probably reach at Latitude 66°52′ South. The farther south in Antarctica, the colder it gets. Temperatures slightly below 0ºC (32ºF) can be expected on these journeys.

See the sub-ducted crater that is Deception Island, including hot springs and an abandoned whaling station. Look for black-bellied storm petrels nesting in the ruins of the whaling station in Whalers Bay. Take in a large colony of gentoo penguins on Cuverville Island. Enjoy Zodiac cruises through the ice-filled waters of Neko Harbour and Paradise Bay, and possibly Pléneau Island, watching for humpback and minke whales. Hope to sail through the spectacular Lemaire Channel to Petermann Island, before moving on to Detaille Island, which is likely to be the most southern landing.

NOTE: All itineraries are for guidance only. Programs may vary depending on local ice, weather, and wildlife conditions. The on-board expedition leader will determine the final itinerary. Flexibility is paramount for expedition cruises. Average cruising speed of Motor Vessel Plancius is 10.5 knots.

All cabins offer lower berths (one queen-size bed in the superior cabins and two single beds in the twin cabins), except for the 4 quadruple porthole cabins (for 4 persons in 2 upper and 2 lower beds) and 2 triple porthole cabins (1 bunk bed plus 1 lower bed). Common amenities include desk and chair, telephone and internet connection, a flatscreen TV and a hairdryer in each cabin and ample storage space.

#203-206 on Deck 2: two upper & lower berths and one porthole. Approximately 161 square feet. This cabin is suitable for families traveling with children, or guests who do not require a twin or more luxurious cabin. 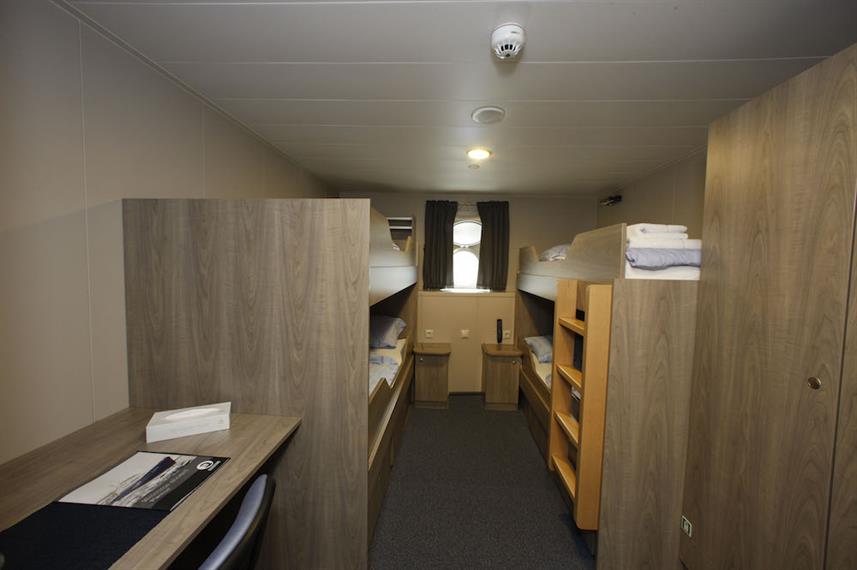 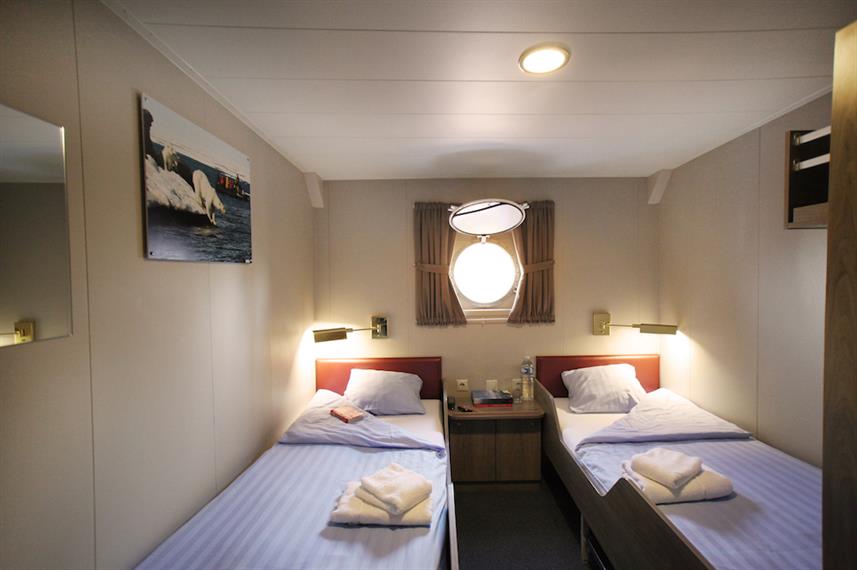 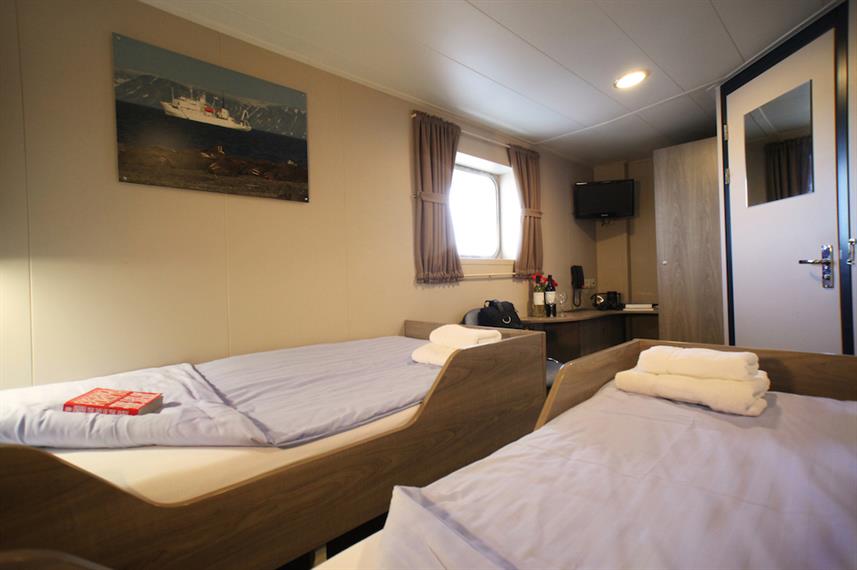 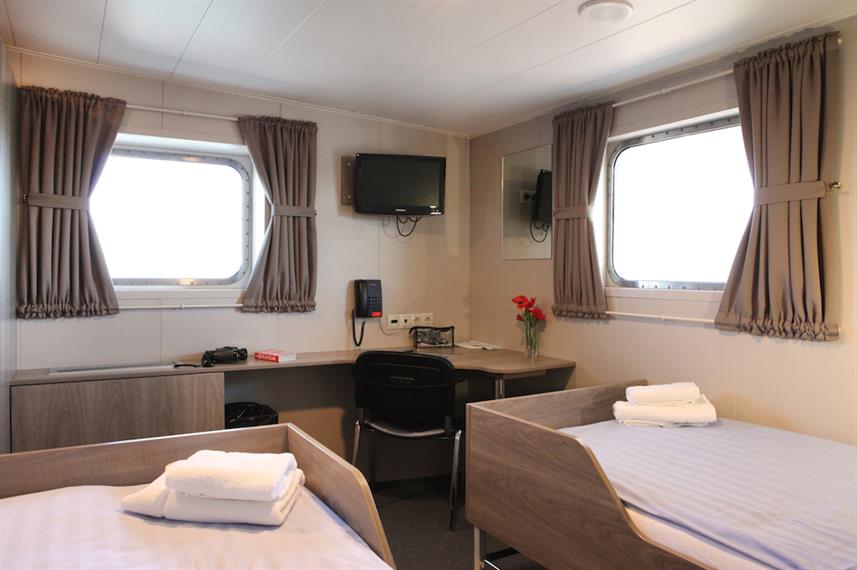 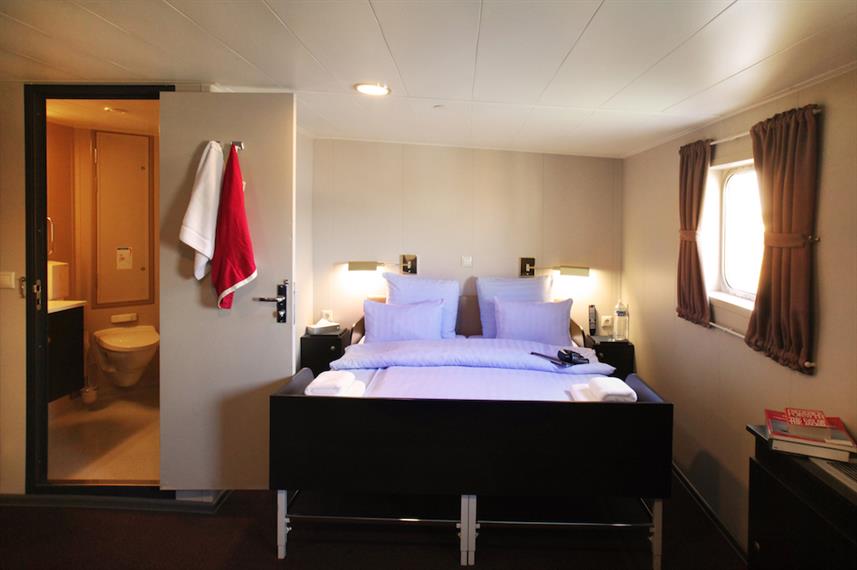 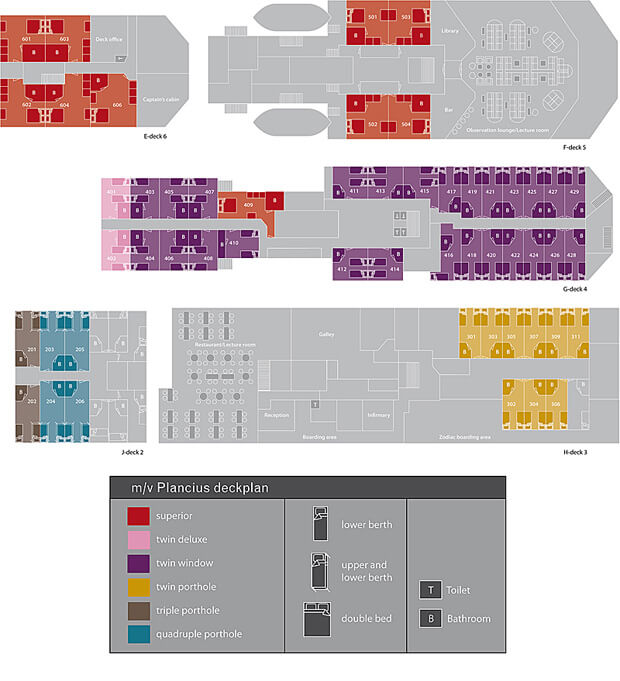 Passengers on a typical voyage range from their 30s to their 80s – with a majority usually from 45 – 65. Our expeditions attract independent-minded travellers from around the world. They are characterised by a strong interest in exploring remote regions. The camaraderie and spirit that develops aboard is an important part of the expedition experience. Many departures have several nationalities on board.

In keeping with our expeditions atmosphere, dress on board is informal. Bring casual and comfortable clothing for all activities. Keep in mind that much of the spectacular scenery can be appreciated from deck, which can be slippery. Bring sturdy shoes with no-slip soles and make sure the parka is never far away in case of the call “Whales!” comes over the loudspeaker and you have to dash outside. Wear layers since it is comfortably warm aboard the ship – and often cold on deck.

Refreshments from the bar and souvenirs will be charged to your cabin. The day before departure you can settle your bill with the Hotel Manager and pay by credit card (Visa or MasterCard) or cash (Euro or Dollar). We do not accept cheques of any kind. The prices and standard currency on board our vessels is the Euro. Other currencies may be accepted at the discretion of the hotel manager at prevailing rates.

The electrical supply aboard the ship is 220v, 60Hz. Electrical outlets are standard European with two thick round pins. You may need a 220v/110v converter.

The customary gratuity to the ship’s service personnel is made as a blanket contribution at the end of the voyage which is divided among the crew. Tipping is a very personal matter and the amount you wish to give is at your discretion. As a generally accepted guideline, we suggest US$8 to US$10 per person per day. It is better for the crew, if you can give them cash US Dollar.

On board our vessels we have a non-smoking policy. It is prohibited to smoke inside the ship. You can smoke in the designated smoking areas. Please respect the wishes of non-smokers.

You must be in good general health and you should be able to walk several hours per day. The expedition is ship-based and physically not very demanding. Although we spend as much time as possible ashore, you are welcome to remain aboard the ship if you like. To join most excursions, you must be able to get up and down the steep gangway from the ship to the water level to board the Zodiacs. Staff will assist you in and out of the boats. This will become progressively easier with practice. Ashore it can be slippery and rocky. You are travelling in remote areas without access to sophisticated medical facilities, so you must not join this expedition if you have a life-threatening condition, or need daily medical treatment.

All itineraries are for guidance only. Programs may vary depending on local ice, weather, and wildlife conditions. The on-board expedition leader will determine the final itinerary. Flexibility is paramount for expedition cruises. Average cruising speed of m/v Plancius is 10.5 knots. 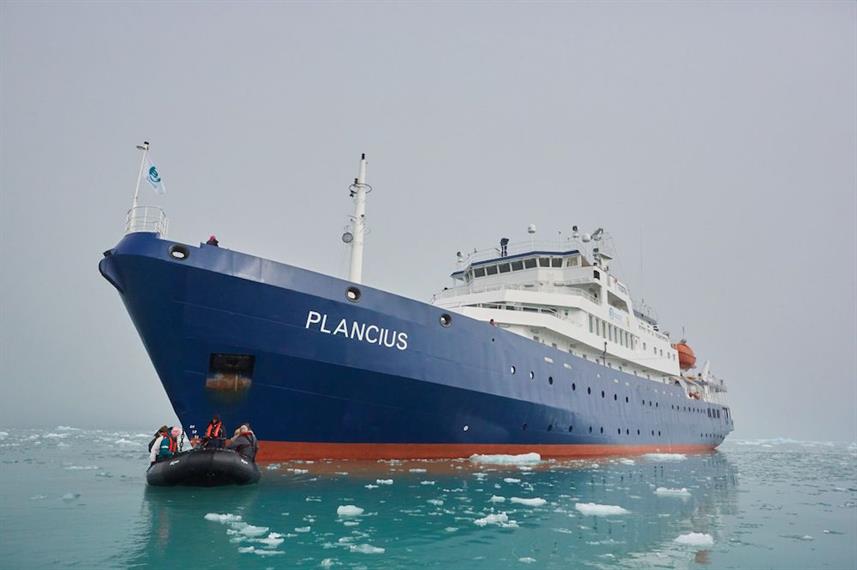 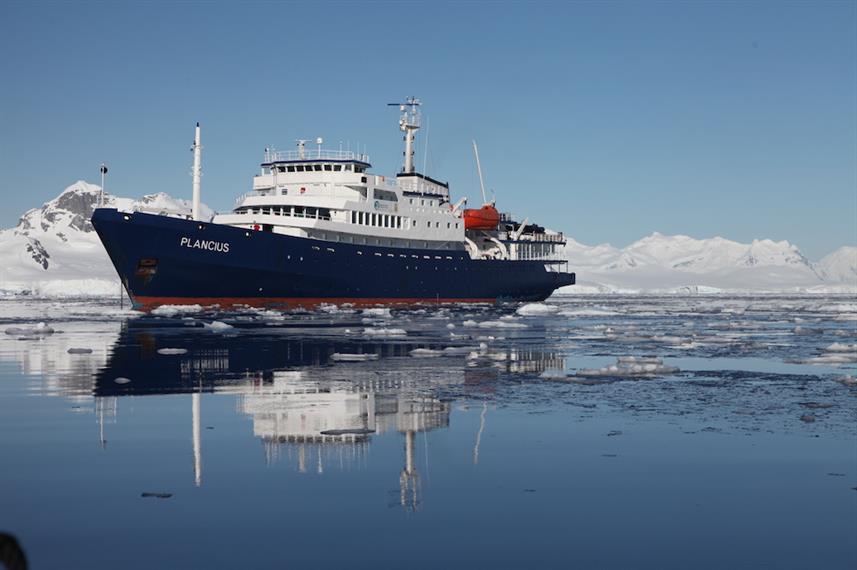 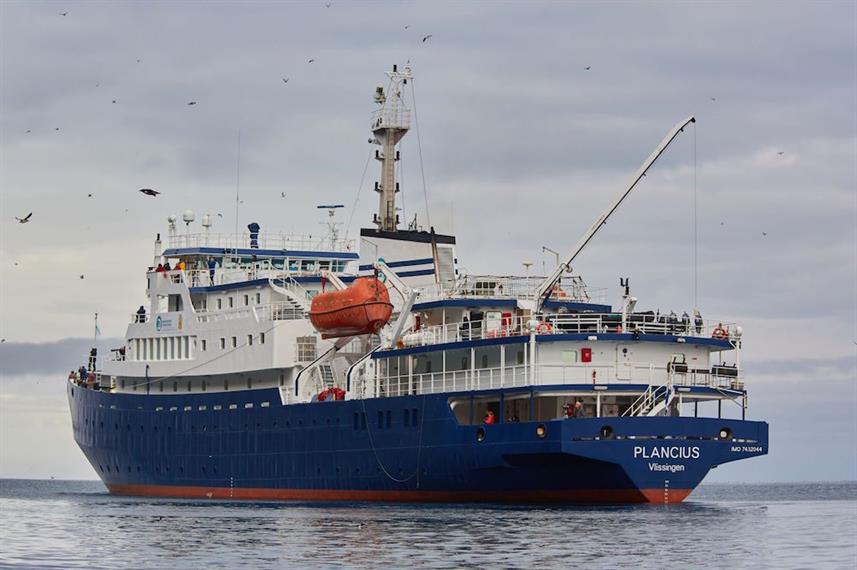 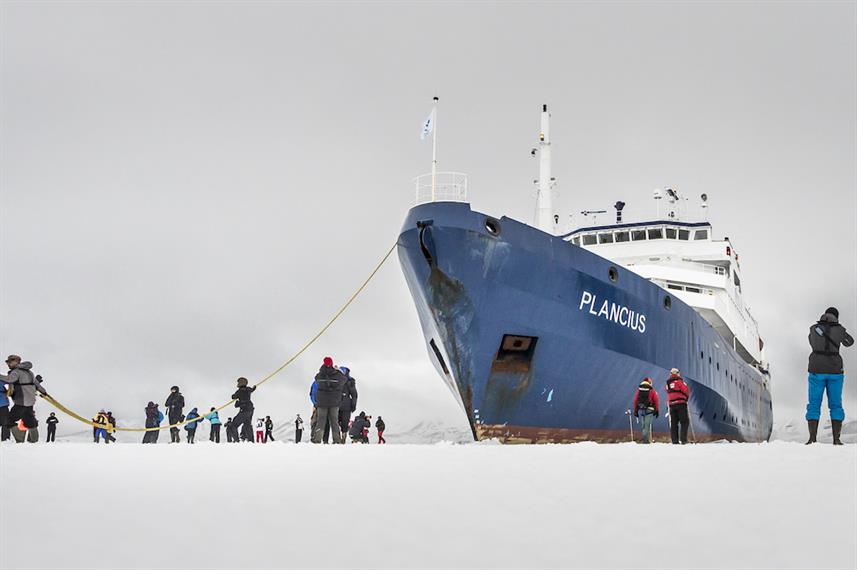 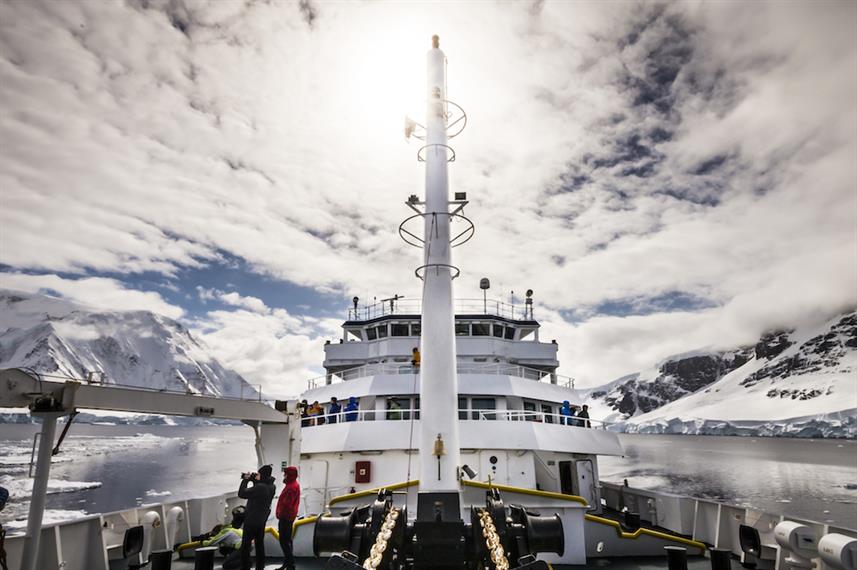 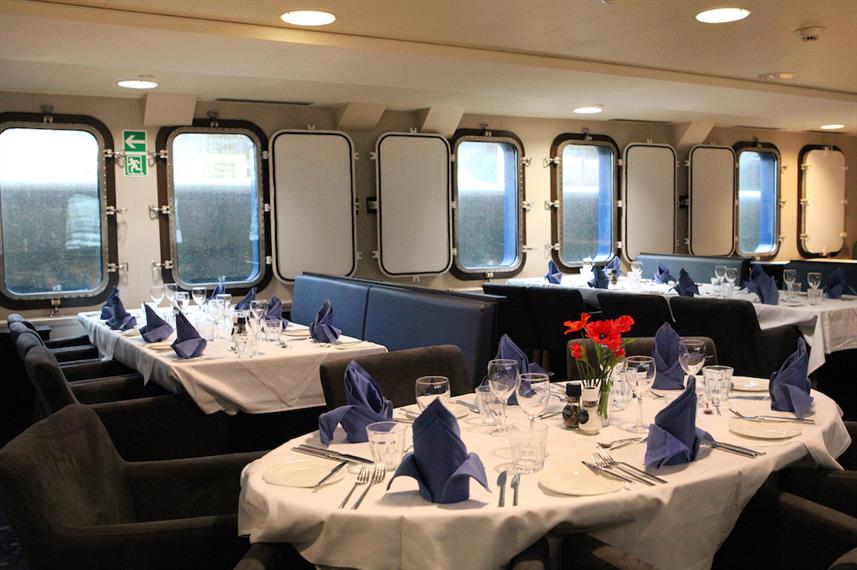 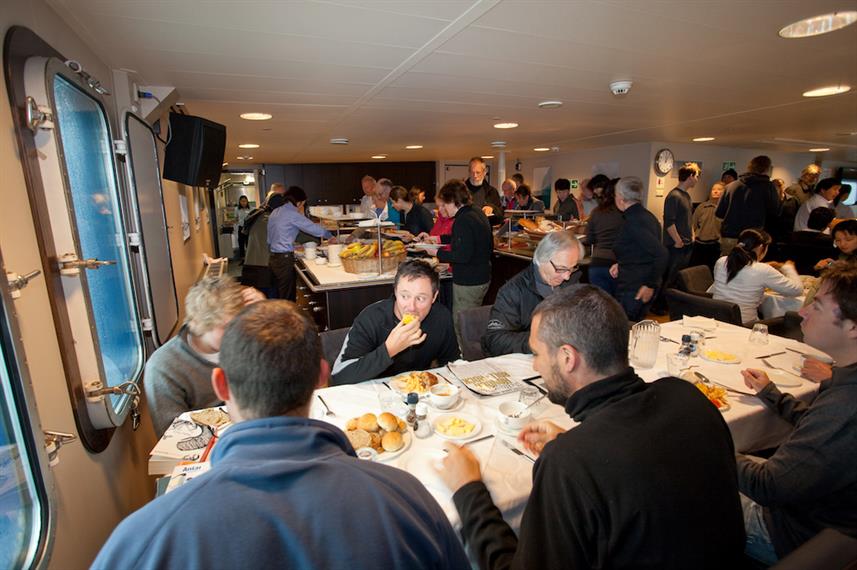 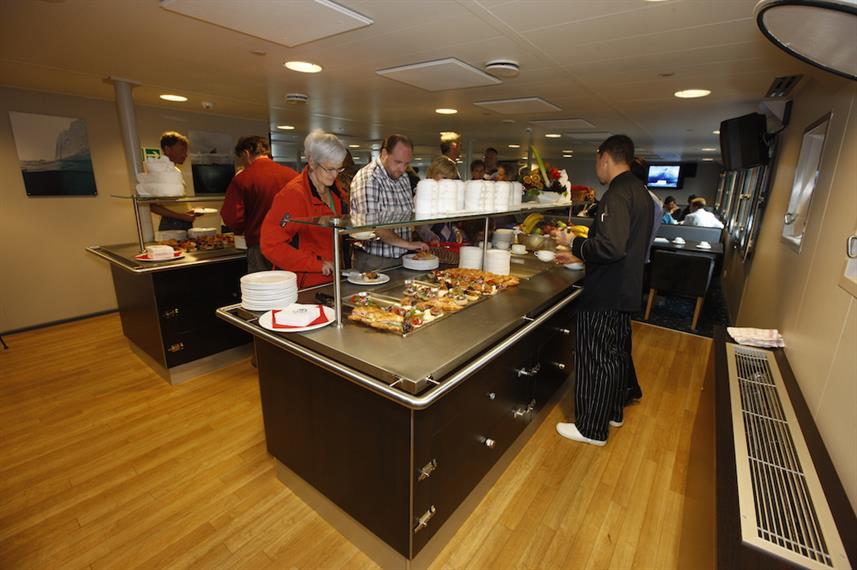 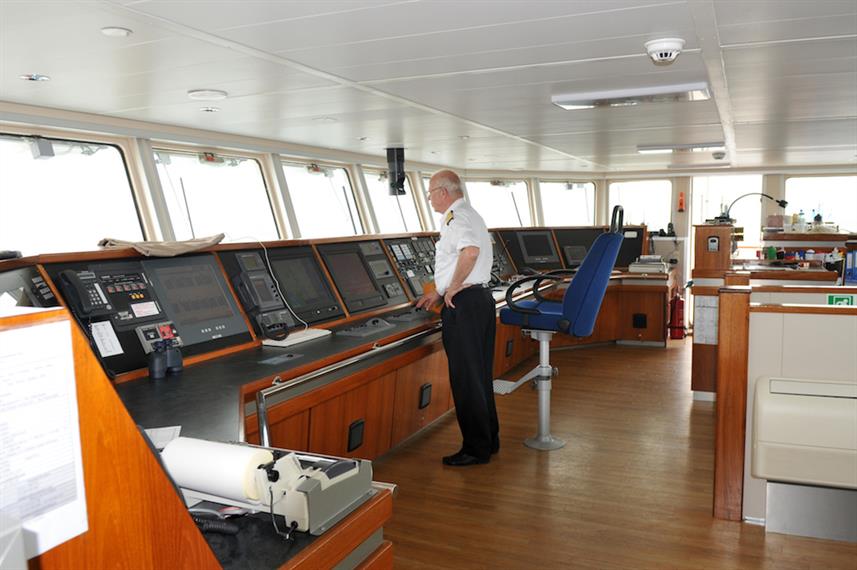 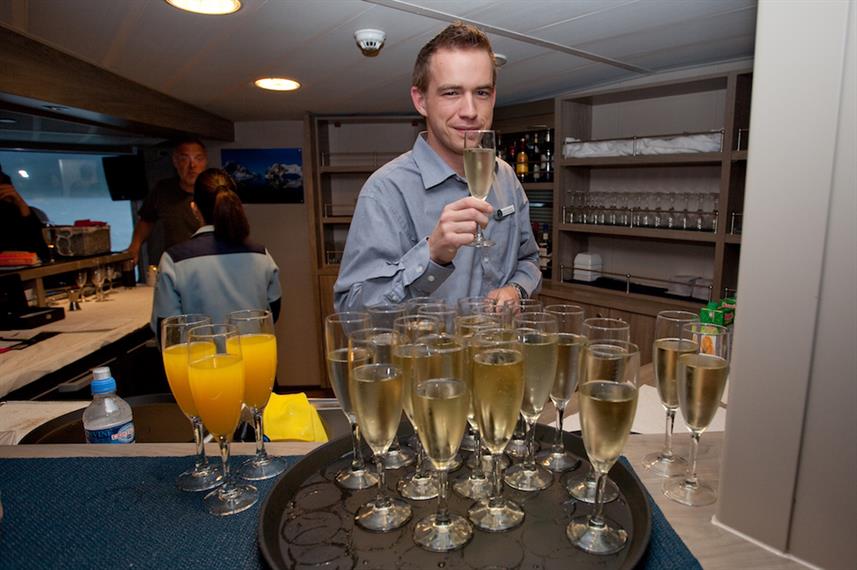 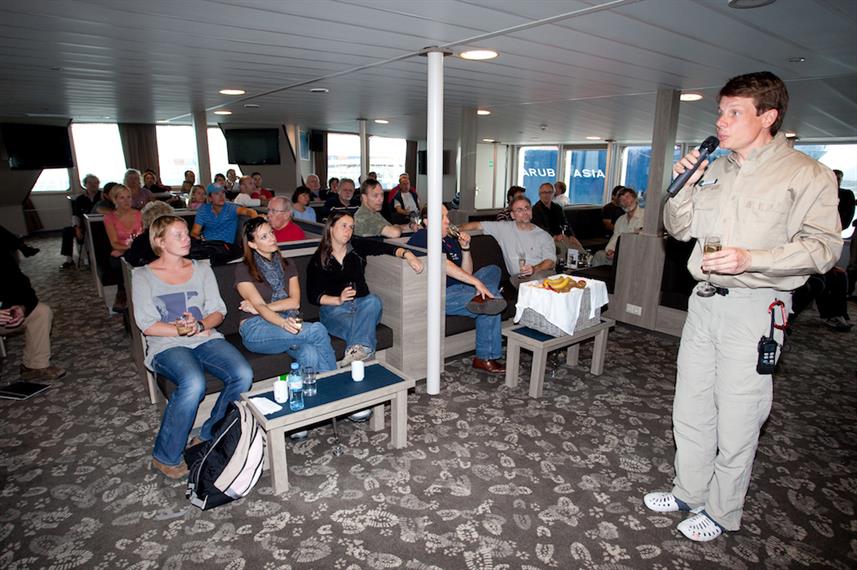 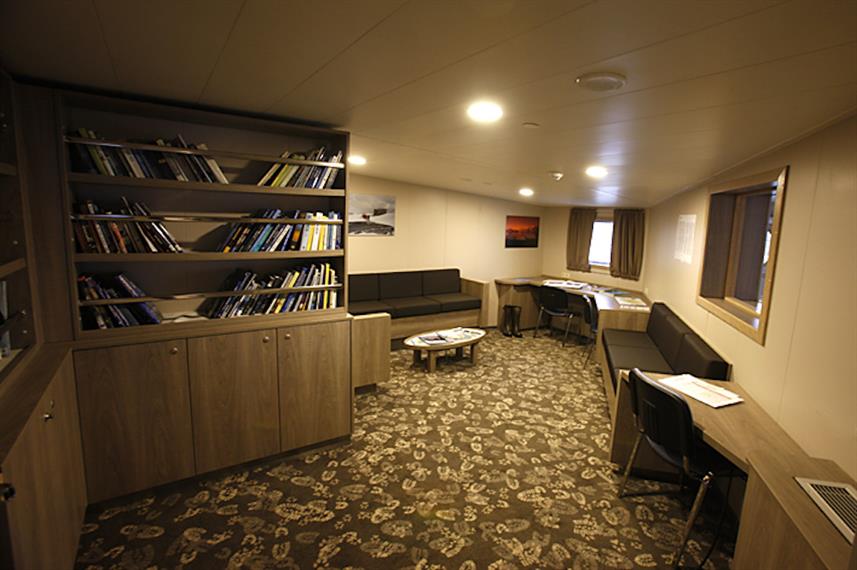